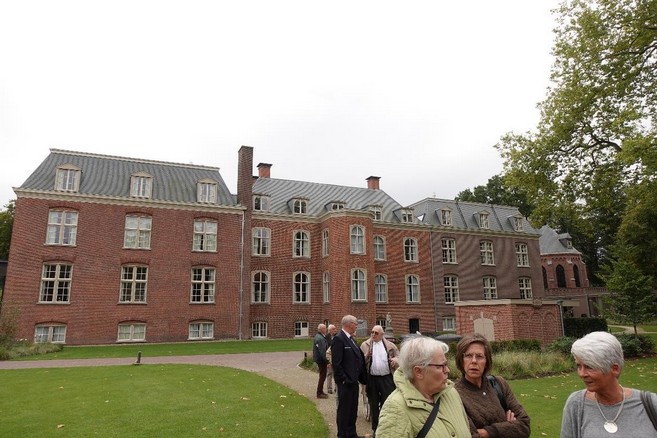 OIRSCHOT, Netherlands - Many people know the former grand seminary in Oirschot (the Netherlands).
In 2009, the whole complex was sold and at the end of 2011, the last group of Montfortians moved to the community in Vroenhof, Valkenburg.
In the period that followed, the complex was thoroughly rebuilt and renovated. There is now a new complex of buildings called ‘Landgoed Groot Bijstervelt’, where anyone can live. If one needs special care, this can also be facilitated there.
On September 30, a bus brought the Montfortians and staff from the communities of Schimmert and Vroenhof to Oirschot. Three Montfortians from Belgium and two from Germany arrived with their own car in Oirschot.
Coffee was served at 'Brasserie Montfort' and afterwards, a prayer ceremony was conducted in the Montfort Chapel. After lunch, at ‘Brasserie Montfort’, we took a walk through some of the buildings, the park, and the cemetery. The special visit was completed with a drink in the brasserie.
Montfortians of the Netherlands